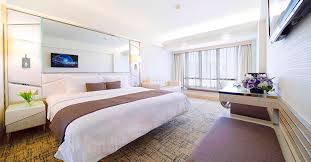 A mela will introduce you to the health and environmental benefits of the humble local crop. Quinoa. The word has been touted as a magical elixir ­ one that will blast belly fat, cure your illnesses and generally make you the belle of the healthful ball. But why pay through your nose to eat a crop that’s been shipped all the way from South America when you have a rich variety of native millets to choose from? Ragi, Amaranth, Jowar, Bajra….they’ll all keep the waistline trim while also helping local ecology and farmers. It’s with this thought that The Green Path, a 20-year-old organic movement, has organised a Millets Mela in the city. Get to know your local millets and reap their benefits instead of banking on one brought to you at the cost of thousands of air miles and the prosperity of your state’s farmers.

About seven millet farmers’ groups are coming from areas such as North Karnataka, Tumkur and Dharwad, to showcase the various varieties of millets. These include Navane (Foxtail millet); Same (Little millet); Arka, Sajje (Bajra Pearl Millet), Baragu (Barnyard Millet); Jowar; Ragi (finger millet) and others. In addition, you can buy millet seeds for cultivation, books to prepare millet recipes, and value-added products such as cookies, ready-to-eat payasam and upma mixes. That will be followed by a film screening that will show the story of millet cultivation, as well as a small talk on the benefits of millets by a nutritionist. People can also sign up for monthly, day-long cooking classes with millets. &nbsp The event is part of The Green Path’s initiative to introduce the city to the benefits of an organic lifestyle. They do this via monthly cultural events, mango fairs, workshops and more. It is part of a holistic philosophy of organic living, one found in their 70-acre farm in Nelamangala, where they demonstrate organic farming processes to corporate groups and visitors; in their eco-retreat in Coorg; in The Green Path, Organic State ­ a sustainable building in Malleswaram where people can shop at an organic store or a detox café, eat at a forgotten foods restaurant, and show visitors their sustainable model with solar electricity, homegrown vegetables, wood recycled from packaging waste and more.

Manjunath KL, Senior Manager and Programme Coordinator, says the event will introduce people to the long-forgotten health benefits of millets, a crop that was much in demand before the green revolution put wheat and rice at the forefront and centre of agricultural cultivation. “Not a commercial crop, it is food-based, and has been replaced by vegetables, horticultural crops and such,“ he says. It also came to be known as a poor man’s food, leading increasingly well-to-do people to shun it in favour of rice.

But today, as millets make a comeback in the lives of people dealing with weight gain and lifestyle diseases such as diabetes, it is the perfect time to remind them of their health benefits.“Millets are nutritious, while being a slow digestive food, making it perfect for people looking to maintain a good weight, increase immunity and feel fuller longer,“ he says.

Many millet farmers saw huge losses when millets lost favour to rice and wheat, and The Green Path hopes to resurrect their livelihood by getting people to buy directly from them at this event. They are also easy to grow ­ not requiring very fertile soil or heavy rain, making them ideal for drought-stricken areas in Karnataka. “It’s a food security crop that has gone out of fashion. We want to promote it and bring it back,“ Manjunath says. 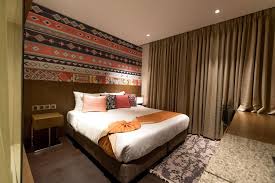